You can look at the MOA directly by clicking HERE.

CPSP-Philippines welcomed Dr. Raymond Lawrence and Charlie Spruell to Baguio City. Doc Raymond is the General Secretary of CPSP. He has joined us several times before, and this was Charlie’s second visit. We had three days of fairly intense training. The focus was on Case Studies. All who attended the training received a copy of Dr. Lawrence’s new book. “Nine Cases: The Soul of Pastoral Care and Counseling.” Trainees and members alike provided different cases. Doc Raymond said that the cases provided were “quite stimulating clinical data that made the seminars much fun for me.” The three day seminar was jointly hosted by Bukal Life Care and Philippine Baptist Theological Seminary.

We also had a Thanksgiving Dinner (on Tuesday rather than Thursday due to schedule). During the dinner we had the signing of the Memorandum of Agreement (MOA) that formally establishes the relationship between CPSP and CPSP-Philippines. It was signed by Raymond, as well as Dr. Paul Tabon, the President o the Board of Trustees of CPSP-Philippines. A copy of the signed MOA is available in the Documents section of this webside. 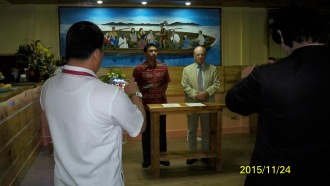 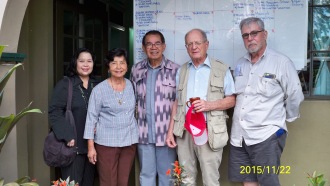